+8618922520682
Contact
Home / Blog / American scientists have developed a new type of molten salt battery, which is expected to achieve grid-level energy storage at a lower temperature and low cost.

American scientists have developed a new type of molten salt battery, which is expected to achieve grid-level energy storage at a lower temperature and low cost. 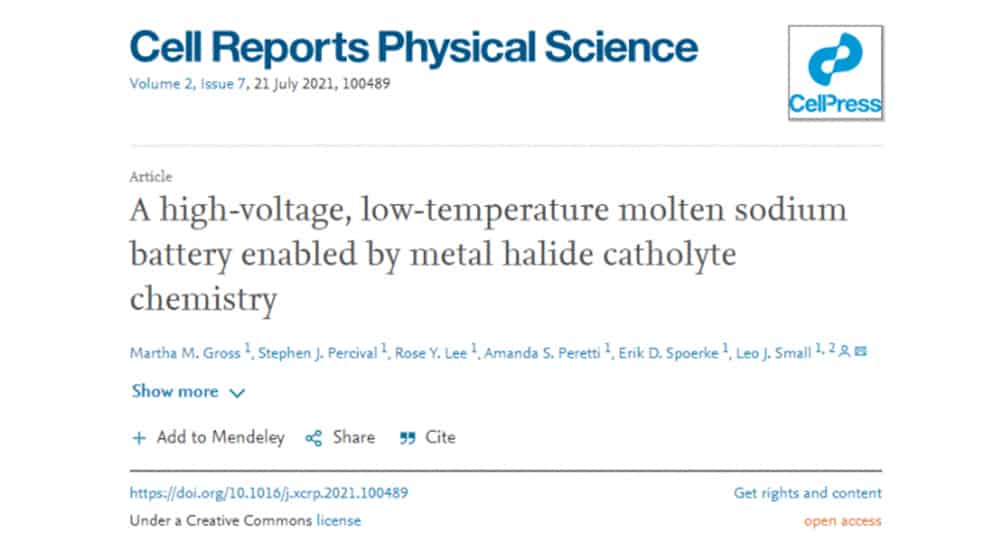 Scientists at Sandia National Laboratories (Sandia National Laboratories) under the US National Nuclear Safety Administration have proposed a new design that can solve these shortcomings and demonstrated a new molten salt battery compatible with the currently available version. In comparison, this kind of energy storage battery can be constructed more cheaply while storing more energy.

Storing large amounts of energy cheaply and efficiently is the key to using renewable energy to power the entire city. Although it has many advantages, this is what the expensive lithium battery technology lacks. Molten salt batteries are a more cost-effective solution that uses electrodes that remain molten with the help of high temperatures.

"We have been working hard to reduce the working temperature of molten sodium batteries to the lowest possible physical temperature," said Leo Small, the project's lead researcher. "While lowering the battery temperature, it can also reduce the overall cost. You can use cheaper material. Batteries require less insulation, and the wires connecting all the batteries can be thinner."

Commercially, this type of battery is called a sodium-sulfur battery. Some of these batteries have been developed globally, but they usually operate at temperatures of 520 to 660°F (270 to 350°C). The Sandia team's goal is much lower, although doing so requires rethinking because chemicals that work at high temperatures are not suitable for working at lower temperatures.

A chemical reaction occurs when the battery releases energy, producing sodium ions and electrons passing through the highly selective separation material and making molten iodide salt on the other side.

This sodium-sulfur battery can work at a temperature of 110°C. After eight months of laboratory testing, it has been charged and discharged more than 400 times, proving its value. In addition, its voltage is 3.6 volts, which scientists say is 40% higher than that of molten salt batteries on the market, so it has a higher energy density.

Research author Martha Gross said: "Because of the new catholyte we reported in this paper, we are very excited about how much energy can be injected into this system. Molten sodium batteries have been around for decades, and they are all over the world, but they have never been. No one has talked about them. So, it's great to be able to lower the temperature and bring back some data and say, 'This is a truly viable system.'"

Scientists are now turning their attention to reducing the cost of batteries, which can be achieved by replacing gallium chloride, which is about 100 times more expensive than table salt. They said that this technology is still 5 to 10 years away from commercialization, but what is beneficial to them is the safety of the battery because it does not create a fire risk.

Prev: Lithium battery classic 100 questions, it is recommended to collect!

Next: Lithium battery classic 100 questions, it is recommended to collect!