Winter is coming, look at the low-temperature analysis phenomenon of lithium-ion batteries 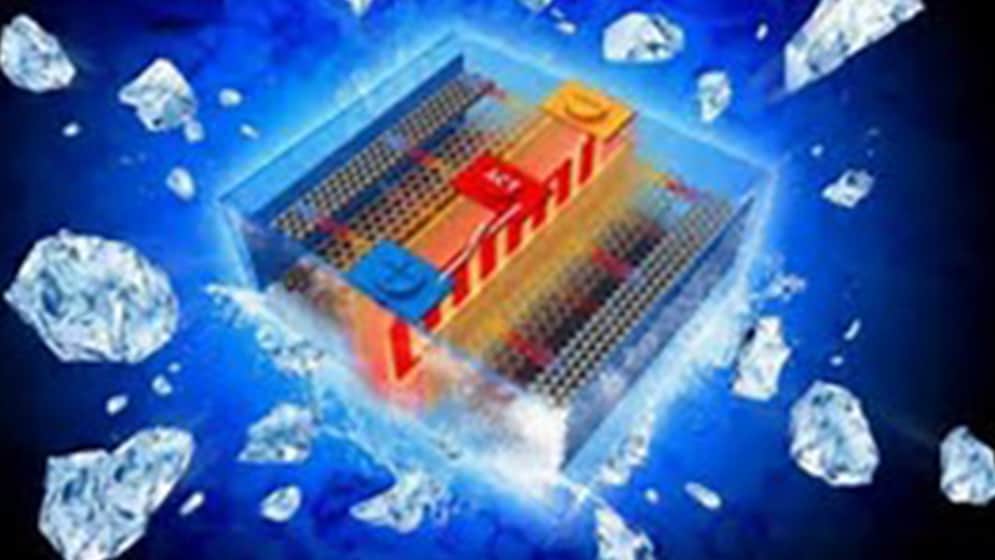 At low temperatures, the kinetic characteristics of the negative graphite electrode have improved and become worse. Therefore, the electrochemical polarization of the negative electrode is significantly intensified during the charging process, which can easily lead to the precipitation of metallic lithium on the surface of the negative electrode. Research by Christian von Lüders of the Technical University of Munich, Germany, has shown that at -2°C, the charge rate exceeds C/2, and the amount of metal lithium precipitation is significantly increased. For example, at the C/2 rate, the amount of lithium plating on the opposing electrode surface is about the entire charge. 5.5% of the capacity but will reach 9% under 1C magnification . The precipitated metallic lithium may develop further and eventually become lithium dendrites, piercing through the diaphragm and causing short-circuiting of the positive and negative electrodes. Therefore, it is necessary to avoid charging the lithium-ion battery at low temperatures as much as possible. When it must charge the battery at a low temperature, it is essential to select a small current to charge the lithium-ion battery as much as possible and fully store the lithium-ion battery after charging to ensure The metallic lithium precipitated from the negative electrode can react with graphite and re-embedded in the negative graphite electrode.

In the experiment, VeronikaZinth used the NMC111/graphite 18650 battery to study the lithium evolution behavior of lithium-ion batteries at low temperatures. The battery is charged and discharged during the test according to the process shown in the figure below.

The following figure shows the phase change of the negative electrode under different SoCs during the second charging cycle at C/30 rate charging. It can seem that at 30.9% SoC, the phases of the negative electrode are mainly LiC12, Li1-XC18, and a small amount of LiC6 Composition; after the SoC exceeds 46%, the diffraction intensity of LiC12 continues to decrease, while the power of LiC6 continues to increase. However, even after the final charge is completed, since only 1503mAh is charged at low temperature (the capacity is 1950mAh at room temperature), LiC12 exists in the negative electrode. Suppose the charging current is reduced to C/100. In that case, the battery can still obtain a capacity of 1950mAh at low temperatures, which indicates that the decrease in the power of lithium-ion batteries at low temperatures is mainly due to the deterioration of kinetic conditions.

The figure below shows the phase change of graphite in the negative electrode during charging according to the C/5 rate at a low temperature of -20°C. It can see that the phase change of graphite is significantly different compared to C/30 rate charging. It can be seen from the figure that when SoC>40%, the phase strength of the battery LiC12 under the C/5 charge rate decreases significantly slower, and the increase of LiC6 phase strength is also considerably weaker than that of the C/30 charge rate. It shows that at a relatively high rate of C/5, less LiC12 continues to intercalate lithium and is converted to LiC6.

The figure below compares the phase changes of the negative graphite electrode when charging at C/30 and C/5 rates, respectively. The figure shows that for two different charging rates, the lithium-poor phase Li1-XC18 is very similar. The difference is mainly reflected in the two phases of LiC12 and LiC6. It can be seen from the figure that the phase change trend in the negative electrode is relatively close at the initial stage of charging under the two charge rates. For the LiC12 phase, when the charging capacity reaches 950mAh (49% SoC), the changing trend begins to appear different. When it comes 1100mAh (56.4% SoC), the LiC12 phase under the two magnifications begins to show a significant gap. When charging at a low rate of C/30, the decline of the LiC12 stage is very fast, but the drop of the LiC12 phase at the C/5 rate is much slower; that is to say, the kinetic conditions of lithium insertion in the negative electrode deteriorate at low temperatures. , So that LiC12 further intercalates lithium to generate LiC6 phase speed decreased. Correspondingly, the LiC6 phase increases very quickly at a low rate of C/30 but is much slower at a rate of C/5. This shows that at the C/5 rate, more petite Li is embedded in the crystal structure of graphite, but what is interesting is that the battery's charge capacity (1520.5mAh) at the C/5 charge rate is higher than that at the C/30 charge rate. The power (1503.5mAh) is higher. The extra Li that is not embedded in the negative graphite electrode is likely to be precipitated on the graphite surface in the form of metallic lithium. The standing process after the end of charging also proves this from the side—a little.

The following figure shows the phase structure of the negative graphite electrode after charging and after being left for 20 hours. At the end of charging, the phase of the negative graphite electrode is very different under the two charging rates. At C/5, the ratio of LiC12 in the graphite anode is higher, and the percentage of LiC6 is lower, but after standing for 20 hours, the difference between the two has become minimal.