Are intelligent glasses the ultimate destination for mobile phone manufacturers? 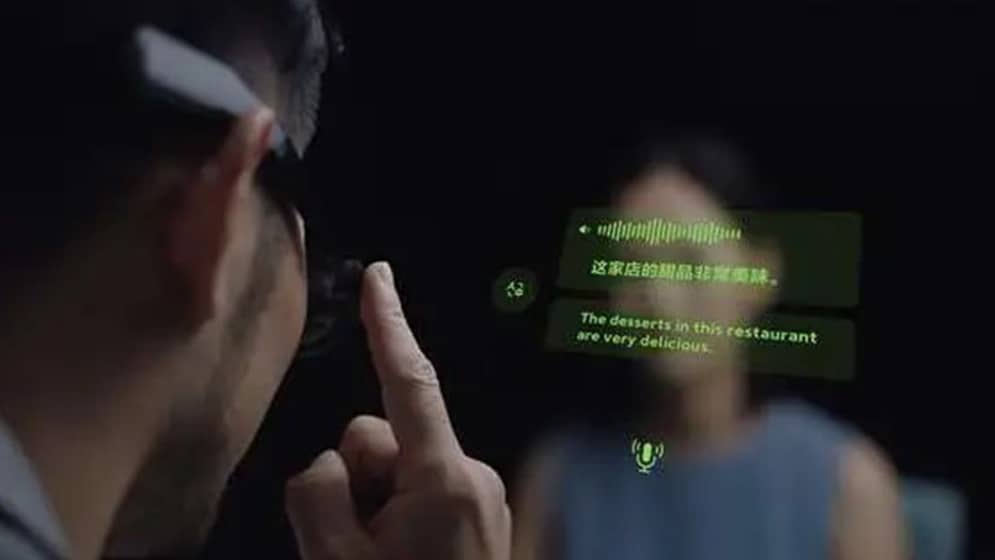 "I don't think that Metaverse is to make people more exposed to the Internet, but to contact the Internet more naturally."

In an interview at the end of June, Facebook founder and CEO Mark Zuckerberg talked about the vision of Metaverse, which attracted global attention.

What is the meta-universe? The official definition is derived from a science fiction novel called "Avalanche," which depicts a virtual digital world parallel to the real world. People use digital avatars to control and compete to improve their status.

When it comes to meta-universe, we have to mention AR and VR because the realization level of meta-universe is through AR or VR. AR means augmented reality in Chinese, emphasizing the real world; VR is virtual reality. People can immerse all the perception organs of eyes and ears in a virtual digital world, and this world will also use sensors to connect the body's body movements to the brain. The wave is fed back to the data terminal, thus reaching the realm of the meta-universe.

Regardless of AR or VR, display devices are an essential part of the realization of technology, from smart glasses to contact lenses and even brain-computer chips.

As the current hardware carrier of AR/VR, smart glasses can be traced back to Google Project Glass in 2012. This device was like a product of a time machine at the time. It concentrated on people's various imaginations of wearable devices. Of course, in our opinion today, It can also realize its futuristic functions on smartwatches.

In recent years, many manufacturers have joined the smart glasses track one after another. So what's the wonder of this future industry, known as the "mobile phone terminator"?

Xiaomi turned into a glasses manufacturer?

It is worth mentioning that the global AR glasses shipments will reach 400,000 units in 2020, an increase of 33%, which shows that the era of intelligent glasses has arrived.

Many smart devices need to be used with mobile phones, but Xiaomi smart glasses do not need them. Xiaomi integrates 497 micro-sensors and quad-core ARM processors inside.

From a functional point of view, Xiaomi's smart glasses have far surpassed the original products of Facebook and Huawei.

The most significant difference between smart glasses and mobile phones is that smart glasses have a more immersive look and feel. Some people speculate that Xiaomi may transform into a glasses manufacturer. But for now, this product is just a test because the inventors of this masterpiece never called it "smart glasses," but named it after the old-fashioned "information reminder"-indicating that the original intention of the product design was To collect market feedback, there is still a certain distance from the ideal accurate AR.

For Xiaomi, AR glasses may be an entrance to show shareholders and investors their R&D capabilities. Xiaomi mobile phones have always presented the image of technology assemblage, high quality, and low price. With the increasing ecological development and the gradual expansion of the company's scale, only going to the low end obviously can no longer meet the development needs of Xiaomi-they must show high precision Pointy side.

Xiaomi has successfully demonstrated the possibility of the independent existence of AR glasses as a pioneer. Still, smart glasses are not mature enough, and the safest way for mobile phone manufacturers nowadays is "mobile phone + AR glasses."

So what benefits can this combo box bring to users and manufacturers?

First, user costs are lower. Because the "mobile phone + glasses" model is adopted, funds are only used in optical technology, lenses, and mold opening. These technologies and products are now quite mature. It can control the price at about 1,000 yuan to use the saved cost for Propaganda expenses, ecological research, and development, or transfer to the benefit of users.

Second, a brand new user experience. Recently, Apple has launched the iphone13, and many people are no longer caught up in the upgrade of the iPhone. Users are almost bored with the concepts of Yuba, three-camera wide, notch screen, and water drop screen. Although mobile phones are constantly being upgraded, it has not changed the way users interact, and there has been no fundamental innovation like Jobs's definition of "smartphone" back then.

Smart glasses are entirely different. It is the core element that constitutes the meta-universe. The shock of "virtual reality" and "augmented reality" to users is far from comparable to lowering the head and swiping the screen. The combination of the two can create a different spark.

Third, stimulate the profit growth of mobile phone manufacturers. As we all know, in recent years, the iteration speed of smartphones has not slowed down at all, but the performance improvement has not been able to keep up, and users' expectations have gradually declined. The profitability of domestic mobile phone manufacturers is not optimistic, and Xiaomi's profit margin is even less than 5%.

Although users still have enough spending power, they increasingly don't want to pay for "new" phones with no new ideas. Suppose It can use AR glasses with smartphones to achieve a virtual multi-screen and unique interactive experience. In that case, users are naturally willing to purchase new products, which will become a new growth point for manufacturers.

Presumably, Xiaomi, as a mobile phone manufacturer, also sees the attractive profit space and will preemptively seize the smart glasses track. Because Xiaomi does have the capital to enter the AR industry, few companies can match its resource aggregation.

However, the real meta-universe scene will not allow those dumb guys who wear glasses and shake hands to appear. If smart glasses can't stand alone in the future world, it means that the fiery meta-universe concept will also fail. This is why many mobile phone manufacturers choose to wait and see.

"Independence Day" for glasses in the foreseeable future

Indeed, smart glasses have recently set off a wave, but mobile phone manufacturers know it should not be their final destination.

Some people even asserted that intelligent glasses could only exist as accessories for the "mobile phone + AR smart glasses" model.

The fundamental reason is that the independent ecology of smart glasses is still far away.

Whether it's the "Ray-Ban Stories" smart glasses released by Facebook or the Neal Light launched by Neal earlier, they have in common that they don't have their independent ecology and claim to have an "independent system" of the Mi Glasses Discovery Edition. It is only a test product.

Second, smart glasses have shortcomings in their functions.

At present, smart glasses have several essential functions. Calling, taking pictures, and listening to music is no longer a problem, but consumers are eagerly looking forward to the realization of watching movies, playing games, or more future functions. In reality, It must not bring up consumers' interests.

The core functions of taking pictures, navigation, and calls are already available in mobile phones or watches. Smart glasses will inevitably fall into the awkward situation of "the second screen of mobile phones."

The most important thing is that consumers do not catch a cold with smart glasses.

Smart glasses have many practical problems to be solved. The heavyweight makes it challenging to keep them worn for a long time. The balance between VR glasses battery and lightness also needs to be overcome. What's more, the ultra-short-range electronic screen is very unfriendly to nearsighted people.

When the function is not enough to meet the needs of consumers, it would be funny to wear a dispensable frame glasses-after all; it is more acceptable to use additional tools to improve your life than to change your lifestyle effectively.

Of course, the high price is the key. The ideal AR in the movie is sci-fi, beautiful, and worth pursuing, but in the face of smart glasses that are difficult to mass-produce, people can only sigh: the ideal is complete, the reality is very skinny.

After years of development, smart glasses are no longer an emerging technology but a mature independent industry. Just like mobile phones and PCs, if they will eventually enter the market and become consumer goods, they must not only rely on technology—perspective considerations.

From a market perspective, whether it is a sweeping robot, an intelligent dishwasher, or innovative pet hardware, which of these products have successfully entered the market does not meet users' current needs.

Smart glasses lack a core requirement to force upgrades. If this continues, this future product can only exist in the utopia of science fiction.

Mobile phone manufacturers may not be satisfied with the "mobile phone + smart glasses" model. The ultimate vision is to make smart glasses a substitute for smartphones, but there is a lot of room for imagination and little floor space.

Prev: How to use a car battery charger

Next: How to use a car battery charger