Do You Restore Lithium Ion Battery in Freezer? 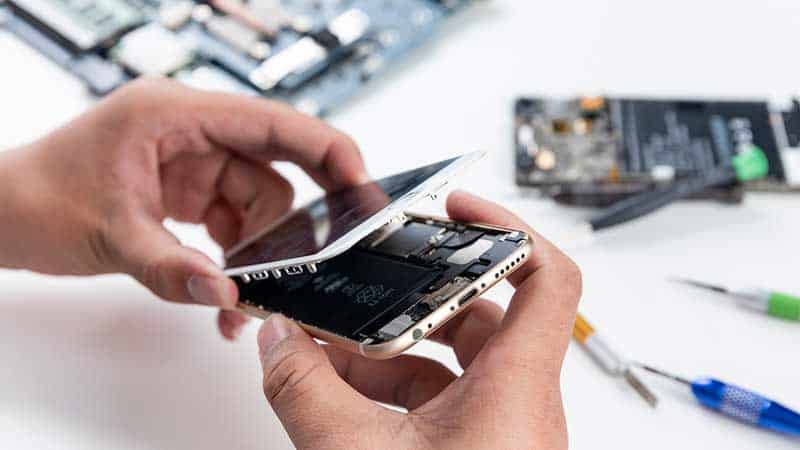 Lithium ion batteries, also called as li ion batteries are the gadgets to store electrical energy for longer periods of time and help mechanical devices to work without attaching to an outside power source. These batteries are made by using ions of lithium in combination with other chemicals and have amazing properties to get charge faster. These batteries have longer life and remain great at work till two to three years. After that, you will require replacing batteries. Old lithium batteries are replaceable because these are removable batteries and new batteries can be put inside old devices too easily.You can check How to Dispose of a Lithium-ion Battery？ for proper disposal.

Along with having so many positive aspects, these li ion batteries have some negative properties as well. For example, these batteries get hotter too quickly and cannot be kept in direct sunshine. We can even not keep the charged lithium batteries in room temperature for too long. Well, this is because the lithium inside the batteries has a magnetic-filed in which positive and negative ions are moving continuously. This movement of ions inside the field causes the battery to get hotter even at the room temperature. When batteries are charged and not being used, the movement of ions is too quick that makes it too hot and can cause battery damage, failure, and even explosive.

Now, if you have put the batteries on charge for too long and forgot to disconnect it from the power source, now it is time to cool it down immediately. By cooling I mean, the speed of the movement of ions should be decreased due to which temperature of the battery has increased. There are many ways suggested to cool down the batteries and one of the most famous one is freezing the batteries for some time.

Though, it is a famous way of keeping up with the temperature of lithium ion batteries still people are confused regarding the working of this way of treatment. Some questions that occur in the minds of people are:

· Can you revive lithium ion battery with a freezer·

· How to restore lithium ion battery in freezer·

Well, to conquer your concerns, we shall explain each question separately:

To answer this question, we will have to look at the making and formation of li ion batteries. Basically, lithium ion batteries are made of electrodes and electrolytes while they have no water in them, therefore, a freezing temperature is not going to bring a major effect on its working. Lithium ion batteries when kept in freezing cold temperatures, will require recharging before the next use because low temperatures slow-down the speed of ions inside it. Therefore, to bring them back in the movement, it requires to be recharged. By doing so, the performance of the battery will increase because a cold battery discharges slowly whole the hot ones kill the lithium battery cells faster.

Therefore, if you are prone to take your cellphones, laptops, and other devices embedded with lithium ion batteries outside in temperature below 0, make sure to recharge them before use for excellent performance.

Can You Revive Lithium Ion Battery With A Freezer

Well, lithium in the li ion batteries is always moving and causing increase in its temperature. Therefore, it is recommended too keep the lithium ion batteries in normal to cold temperatures. These mustn’t be kept in direct sunshine or basements having heating temperament as this can lessen life of these batteries. If you see temperature of the battery is increasing, immediately, plug it out and store in freezer to cool down. Make sure the battery doesn’t get wet while doing so. Bring it out once it is cold and then charge it before use.

You are also recommended to keep charging lithium batteries even if you are not using them. Don't charge them to the fullest but don't let the charging point fall below zero to have an improved life span of the batteries.

How to restore lithium ion battery in freezer

If you find your lithium ion batteries completely dead and not getting recharged, you can revive them by keeping inside the freezers. Here is the way you can use:

Tools you need to restore the battery are: voltmeter, crocodile clippers, healthy battery, genuine charger, a device with heavy load, freezer, and of course the damaged battery.

Step 1. Bring the dead battery out of the device and keep the device aside; you don't need it for now.

Step 2. You will use a voltmeter here to read and take the charging reading of your dead and healthy battery.

Step 3. Take clippers and attach the dead battery with healthy battery having same temperature for 10 to 15 minutes.

Step 4. Take voltage reading of the dead battery you need to restore once again.

Step 5. Now, take out the charger and charge the dead battery. Make sure you use genuine charge for charging.

Step 6. Now put the charged battery in a device that requires heavy load to work. By doing so, you will be able to discharge the battery faster.

Step 7. Discharge the battery but, make sure not to empty it but it should have so much voltage in it too.

Step 8. Now, take the discharged battery and put in in the freezer for one whole day and night. Make sure the battery is enclosed in a bag that keeps it from getting wet.

Step 9. Bring out battery and leave it for 8 hours at room temperature.

We hope it will work by doing all this process, or else you will have to replace it.

It is well known that lithium-ion batteries have a limited lifespan, which have typically 300-500 times. In fact, the life of a lithium battery is calculated from the moment it leaves the factory, not the first time it is used.

On the one hand, capacity degradation of lithium-ion batteries is a natural result of use and aging. On the other hand, it accelerates due to lack of maintenance, harsh operating conditions, poor charging operations, and so on. The following several articles will discuss in detail on the daily use and maintenance of lithium ion batteries. I believe that is also a topic of great concern to everyone.