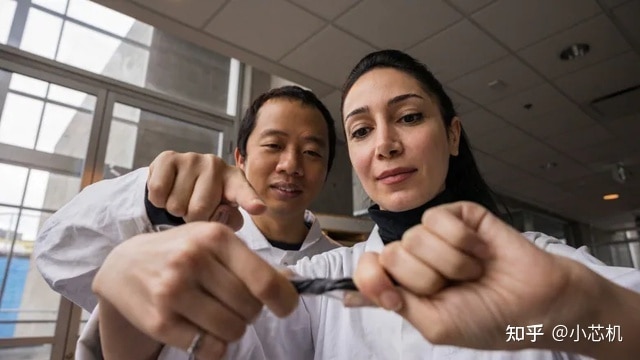 On December 19th, researchers at Columbia University in Canada have now developed what may be the world's first flexible and washable battery. You can put it in your clothes and throw it into the washing machine, but it is still safe.

This small battery can still work when twisted and stretched to twice the average length, which may be a boon for the wearable electronics industry, including bright clothing and intelligent accessories, such as smartwatches. "Wearable electronics is a huge market, and retractable batteries are critical to their development," said Ngoc Tan Nguyen, a postdoctoral researcher at UBC School of Applied Sciences, in a press conference. "However, until now, retractable batteries have not been waterproof. If they are to meet the needs of daily use, this is a key issue."

The cost of materials used in this battery is meager. It will be cheaper if mass-produced, and the estimated cost is similar to that of a standard rechargeable battery. According to the press release, Nguyen and his colleagues avoided the need for complex battery cases by grinding compounds such as zinc and manganese dioxide into small pieces and embedding them in rubber plastic.

Foreign media said that this small battery had attracted the interest of commercial companies. In addition to watches and patches that It can use to measure vital signs, it can also be integrated with clothes that can actively change color or temperature.