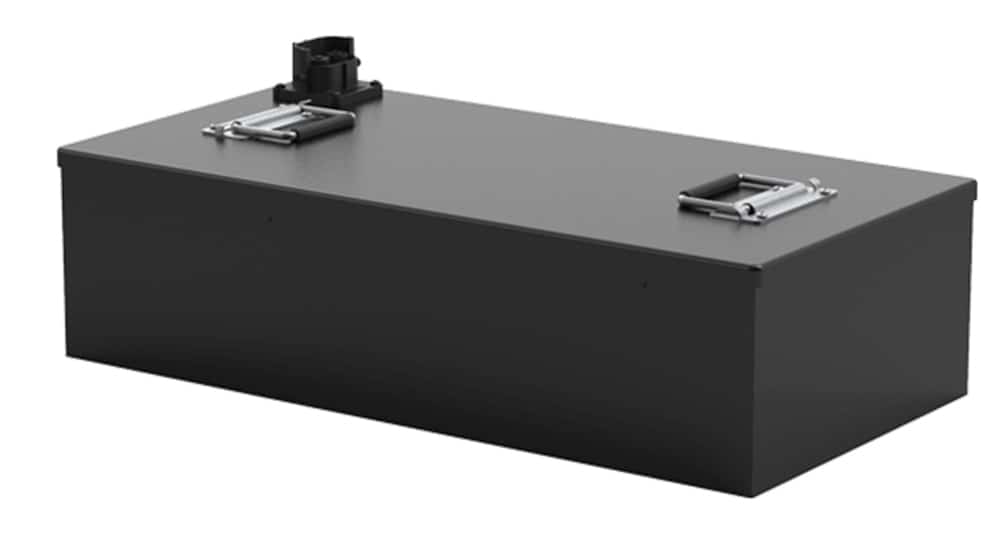 The electrolyte in the lithium-ion battery is made of a mixture of compounds containing lithium, carbon, and oxygen. When the battery gets too hot, these flammable gases in the battery become trapped under pressure, posing an explosion risk. When this happens at high speeds or with very large batteries such as those used in electric cars, the results can be catastrophic.

What causes a lithium-ion battery fire?

Several things can cause the lithium-ion battery to overheat and catch fire, including:

Overcharging - When a battery is charged too quickly, it can cause the cells to overheat.
Defective cells - If even a single cell in a battery is defective, it can cause the whole battery to overheat.
Using the wrong charger - Chargers are not all created equal, and using the wrong one can damage or overheat a battery.
Exposing to high temperatures - Batteries should not be stored in hot areas like the sun, and it's important to be careful about exposing them to high temperatures.
Short circuit - If the battery is damaged and the positive and negative terminals come into contact with each other, it can create a short circuit that will cause the battery to overheat.
Using the battery in a device that is not designed for it- Devices designed to use batteries with lithium ions are not interchangeable with other types.
Charging the battery too fast- Follow manufacturer's instructions for charging lithium-ion batteries or risk damage and overheating.
How do you stop a lithium battery fire?

There are several things you can do to help prevent lithium-ion battery fires:

Use the battery in a compatible device - Don't put a laptop battery in a toy car, for example.
Follow the manufacturer's charging instructions - Don't try to charge the battery faster than it's designed to be charged.
Don't leave the battery in a hot place - If you're not using the device, take the battery out.-keep batteries at room temperature and not exposed to high temperature.
Use the original package to store batteries, to avoid moisture and conductivity.
Use the charging cord when charging the device, to avoid overcharging.
Use the battery in the right manner, don't over-discharge it.
Store batteries and devices in a fire-resistant container.
Keep the batteries in a dry place and have proper ventilation.
Do not place your devices on couches or under pillows when charging.
Disconnect the charger after the device has fully charged
Always turn off your battery if it's not in use. Ensure you have safe storage for all batteries you own.
Replacement chargers and batteries should be bought from authorized and reputable dealers or manufacturers.
Don't charge your device or battery overnight.
Don't leave the cord near the heater, to avoid overcharging.
When using a charger check for deformation/heat/bends/falling-apart of the unit. Don't charge it if it has signs of damage or an unusual smell.
If your device with the lithium-ion battery catches fire, you should immediately unplug it and leave it alone. Do not try to extinguish the fire with water, as this could make the situation worse. Do not touch the affected device or any nearby objects until they have cooled. If possible, douse the flames with a non-flammable fire extinguisher approved for use on lithium-ion battery fires.

Next: Is a higher Ah battery better?